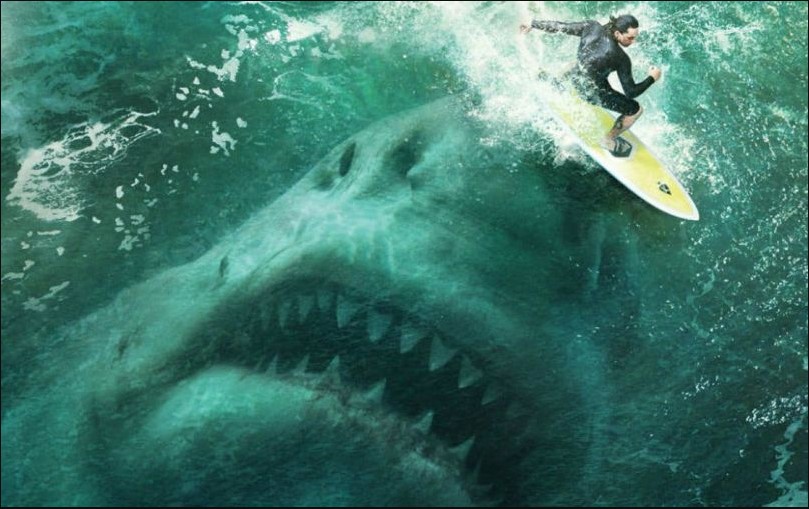 Threat of Sea Monster in The Meg – For quite long time, there are no good movies talking about monsters. Most of the action movies are about heroes and armies. There may be monsters, but they are monsters coming from nowhere or different place. It seems that people need to find different kind of monster that is actually from the Earth. In August, this expectation is answered by the release of The Meg. There are great expectation and this movie will be great and even much better compared to the previous movie that has correlation to this movie.

The Meg talks about the sea monster. This monster is considered as extinct, but actually it is wrong. Meg refers to Megalodon. Megalodon is the sea monster that lived in the era of dinosaur. This is one of the biggest and fierce monster in the sea at that time. Even, this is considered as the ancestor of shark. That is why this is the real monster. While sharks can always threaten people, there is ancestor of them and this creature has gigantic size. Surely, this is totally thrilling. That is why people expect. Moreover, there is Jason Statham that becomes the main character in this movie. This makes people have great expectation since this character never fails to make people entertained by his great action.

However, The Meg cannot fully answer the expectation. This movie is not considered as bad movie, but it does not answer the expectation well. So far, the effect and the action is not bad. Even, it can be said that the effect in showing and creating the monster is great. Action of Jason Statham is also awesome, although it is not as what he usually shows in his other movies. The story is quite predictable and some people expect more terrifying terror given by this monster. Unluckily, it is not fully terrifying and its predictable story makes this movie get average score only.